Black American Athletes Who Made A Difference In Sports

Sports have always played an essential role in American culture, and they continue to do so. Athletes became emblems of what it meant to be an American, and various sports contributed to the development of American culture. The commencement of racial equality on the field was one of the most significant transformations athletics brought to our culture. It urged and aided the fledgling equal rights movement that evolved in the 1960s. Black communities could sense that their role in the country was changing. Nonetheless, one should point out that black athletes, despite their accomplishments, were still subjected to racist descriptions.

Here are some of the athletes who changed the world of gymnastics, swimming, golf, and skating for the better for those that followed them:

Black gymnasts have traditionally excelled at the top levels of the sport, achieving incredible milestones for the sport. Among many great gymnasts, Simone Arianne Biles is an artistic gymnast from the United States. She is the most decorated American gymnast, with a total of 30 Olympic and World Championship medals. She is widely known as one of the finest and most dominant gymnasts of all time. 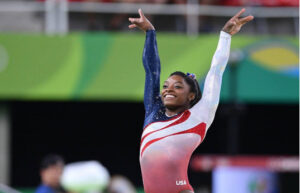 Simone Manuel became the first African-American woman to win an Olympic swimming medal in 2016. She won four medals in Rio 2016, two of which were gold. In the 2019 world swimming championships, she became the first American woman to win both the 50-meter and 100-meter freestyle events. Manuel’s victory took on added impact in a sport that still has few people of color, especially in light of the racial divide in the United States. 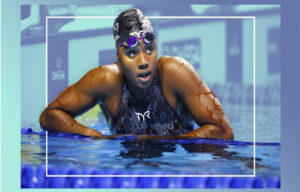 Tiger Woods’ 12-stroke victory at The Masters heralded the start of a new era in golf. The 1997 Masters, won by Tiger Woods, forever revolutionized golf. Former Masters winner Fuzzy Zoeller made racially offensive comments regarding his victory. Woods shrugged off the insults and went on to win 14 more Major championships. 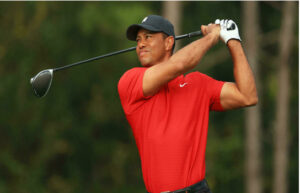 Surya Bonaly is a world-class skater who is equally popular in Europe and North America. She began skating at the age of 12 after a successful career as a world-class gymnast. She has won five World Junior Championships and five European Championships. Her fast rise to skating superstardom is a testament to her incredible talent and expertise. A torn Achilles tendon that required surgery kept her off the ice for most of the 1997 season, preventing her from competing in the Olympics. She is now a professional and trains in the United States for part of the year with renowned coach Tatiana Tarasova and rink companion Alexei Yagudin. 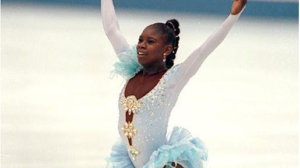