6 of the Best Black Netflix Shows to Stream Today

6 of the Best Black Netflix Shows to Stream Today

Netflix is one of the streaming platforms that is embracing and celebrating Black culture. Every month, Netflix releases shows and movies that feature Black leads, giving us real and fictional stories of so many Black people from all over the world. We have compiled our top 6 picks of TV shows featuring strong Black leads for you to watch. 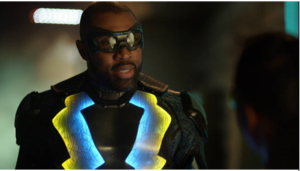 Cress Williams-led Black Lightning is a charming and intriguing show about a Black superhero in the US. Superhero Jefferson Pierce has the power to wield electricity and uses this power to fight against crime in his neighborhood. It is smart and fun, while alluding to serious racial and social inequality issues faced in the US today. Watch Black Lightning on Netflix here 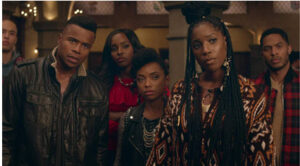 Dear White People is a great show for lovers of satire. It is a comedy show set that follows a group of students of colour in a fictional Ivy League school called Winchester University. The show is led by Logan Browning, who plays Samantha Bright, Winchester University’s resident social activist. The show balances comedy and drama to give viewers a sense of the very real social injustices and cultural biases students of colour face in their lives today. At the same time, it shows how the characters deal with their issues in a fun and hilarious way. It is a funny and clever insight into modern racism and how it affects the modern college experience. Watch Dear White People on Netflix here 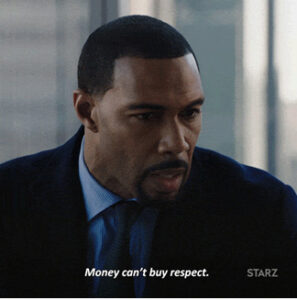 Power, starring Omari Hardwick, is an edgy and fresh crime story about fictional nightclub owner James “Ghost” St. Patrick. It involves a drug empire that caters to the rich and influential, a money laundering scheme, a lot of steamy affairs, and that’s just the start of the racy scandals on this show. It is a sexy and thrilling must-watch, with many dynamic and intriguing Black characters. Watch Power on Netflix here 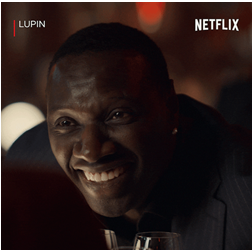 Omar Sy is magnetic in the hugely popular French show Lupin. Sy plays a ‘gentleman thief’ on a mission to get revenge on the man that framed his father for a crime he did not commit. In a fast-paced story full of Parisian heists and masterful disguises, Lupin charms his way into stealing a very valuable treasure. The show is full of charismatic and unique characters that keep your eyes glued to the screen. It is a fun and charismatic watch full of interesting twists and turns. Watch Lupin on Netflix here

5.Self Made: Inspired by the Life of Madam C.J. Walker

This is an inspiring and heartwarming tale of ambition about the first self-made female millionaire in America, starring Octavia Spencer. It is a story about perservering in the face of adversity, pursuing your dreams and the importance of supporting Black-owned businesses. The show also covers serious issues like perceptions of beauty and colorism in the US and Black communities. If you’re interested in entrepreneurship, feminism or you just love a bright, heartwarming success story, you will love this incredible miniseries. Watch Self Made: Inspired by the Life of Madam C.J. Walker on Netflix here 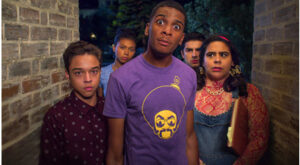 This show is a witty, coming-of-age story about a friend group of Black and Latinx teenagers living in Los Angeles, starring Diego Tinoco, Sierra Capri and Jason Genao. It is a heartwarming story with a strong theme of friendship. Despite being an enjoyable, uplifting comedy show, On My Block still manages to cover serious issues like gang activity and gun violence. It is an excellent, binge-able show about friendship and the struggles young people of color face in modern-day society. Watch On My Block on Netflix here