Nomadness – A Catalyst For Social Change

Any idea how much money do Black Americans spend on travel? According to Mandala Research, Black Americans spent an estimated $63 billion on travel in 2018. However, Evita Robinson, the founder of Nomadness Travel Tribe, a 25,000-member online network for travelers of color, believes that their spending power is even greater. Robinson is also a 2018 AFAR Travel Vanguard honoree, created a new survey earlier this summer to address this issue.

The Founder of Nomadness Travel Tribe

Evita Turquoise Robinson founded the Nomadness Travel Tribe, an online social community aimed at travelers of color, in September 2011. In the newly termed ‘black travel movement,’ Nomadness was the first of its kind, targeting black and brown millennials. Nomadness is one of several virtual communities that have cropped up on social media in recent years to cater to African-Americans, targeted by tourism and hospitality businesses. 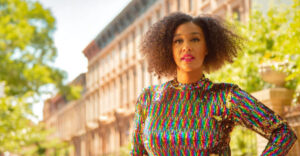 “We wanted to be able to talk to the direct influence that we have on the travel industry’s economics, what’s important to us, and the position that we play in the industry generally.”

Evita has been named one of National Geographic’s 21 Most Visionary Women in Travel History, a recipient of the AFAR Travel Vanguard Award, a member of The Root 100, and one of Entrepreneur Magazine’s 50 Most Daring Entrepreneurs. Under the Obama administration, Evita was also invited to the White House for SXSL, a gathering of the world’s most innovative changemakers (South By South Lawn)

With over thirty regional Ambassadors, the club now has over 25,000 international members. Numbers like these are enough to attract people’s attention. Tourist boards and tour companies have begun reaching out to Robinson in recent years to learn how to better connect with travelers of color. Evita has forged agreements with leading businesses and places over the globe. The consequence of the online group’s popularity, including Issa Rae, with whom she co-executive produces the YouTube web series The NOMADNESS Project.

Nomadness Travel Tribe held its first festival for black and brown travelers, as well as their allies, in 2018. AUDACITY Fest is a multisensory experience that celebrates and provides a safe platform for conversations about traveling the world as a person of color. The festival took place in Oakland, California, and Memphis, Tennessee, before transitioning to a quarterly, carefully selected online experience in 2020. 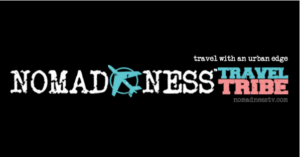 NOMADNESS’ Influence As A Community For Black And Brown Travelers

The general perception of black people was that they could only visit the Caribbean, Miami, or Vegas. Nomadness has been breaking stereotypes about black travelers. It represents the perspectives of black and brown travelers as well as their impact on the travel industry. Now international travel is becoming more than ever for social media savvy African Americans, thanks to this new crop of the burgeoning online community. With over 25,000 members, it has spawned an entire genre of black travel companies that cater to the community’s different interests and requirements. They’re helping black corporate adventurers achieve their extreme dreams.