Automobile Business And Its Background:

The automobile business is also known as the automotive business. It deals in all kinds of car or automobile parts, their repair or manufacture. As shown by my main heading, it has been opted by the African Americans for a very long time! This business has excellent worth and income.

The pioneer in the history of the automobile business for African Americans is Charles Richard Patterson. He is the man who introduced black Americans to the world of automobiles. He raised his company by starting dealing in carriages. He, later on, took over the automotive world with his remarkable capabilities.

Charles Patterson (1883-1910) owned his company Patterson and sons, and three generations looked after the company and eventually, it ended in 1939. Charles handed over the company to his son in 1910. It has set routes and paths for the people, especially the African Americans, to make their name in the automobile world. Later on, they carried out all services regarding this field in society. They made their reputation and economic worth. 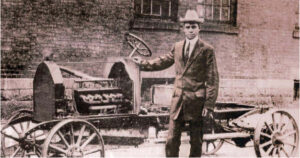 How Did They Change Lives?

So basically, we all know what sort of circumstances were present due to racism and colour discrimination. They lead to miserable chances for black Americans to survive on the continent. After the development of this business, the Africans could also earn their wages in America and finally quit the life of slavery! So this step not only revolutionized their existence but also made them financially stable.

Financial Stability And Chances Of Survival:

Whenever you can earn and pay your contribution to the country’s economy, your earning becomes an asset that helps the country grow. This is how the Africans used their roles in the automobile business to make their survival permanent. Not only this, but many more small tasks were later on run by the Africans who used to be a symbol of slavery, and this was their first step towards a respectable life. 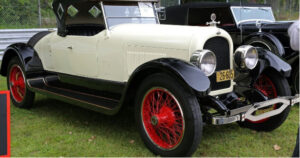 Some Other African Who Were Back To Back Initials In The Same Business:

Some other big names are:

He started his business by selling used cars, and after some time, he sold over 60 cars and started on with his company.

He was the brain behind the new traffic signal. With his ideas and innovations, he ruled over the automotive industry.

He was a great fan of cars since his childhood. He was the first black man to compete in NASCAR. He also founded a racing group with his son.

The whole idea of the automobile industry proved to be one of the most revolutionary, supportive and favourable decisions for all the Africans that resided all over America. Later on in the coming years, too, we hope to see more and more progress in the automobile field so that Africans become more respectable and stable! It shows how entrance into a business field can make up not only your life but saved generations in this case.