Facts about African-American Sports and Athletes: WNBA and Olympics 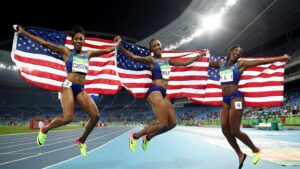 Facts about African-American Sports and Athletes

When compared to the previous stance, things have improved a lot. When you see the Plessy V. Ferguson (1896) case which was held in the Supreme Court, you see just how sad the situation was at that time. Black athletes were thought inferior to their White counterparts. This was the reason why it was frowned upon when there was talk about them participating in sporting events.

Undoubtedly, American sports have been revolutionized by many big names that hail from the African-American community like Marlin Briscoe who was also called a “magician” when it came to football. He was the first Black quarterback for NFL and what a quarterback he was.  Just like this, there are many other facts regarding African-American players that leave one dumbfounded that this level of inequality is still prevalent. 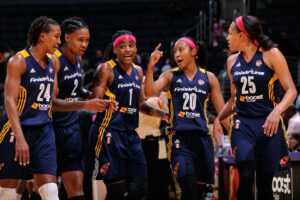 When it comes to Basketball, America has come a long way in terms of including women of color in the WNBA. In fact, more than 80% of women that are in the WNBA are women of color whereas a staggering 67% are African-American. Names like Maya Moore, Skylar Kierra Diggins-Smith, Sheryl Denise Swoopes and so many more are unforgettable in the sport. Lisa Leslie won the Olympic Gold Medal 4 times. On top of that, she also won the WNBA MVP 3 times.

It seems like every team has a majority of African-American women playing for them. This is because Black people are born athletic and have that thing in them. Even though this number seems promising for many, there is one major thing to be worried about. A sad fact about WNBA remains that even though there are many Black players, the number of Black people in the head coaches position and other official positions are very low.

The Olympics has played a major role in bringing the world together under one roof. There is no difference in race, caste, color or ethnicity when it comes to the Olympics. Everyone is participating and all the participants are nothing more than athletes. The inclusion of Black athletes in the Olympics dates back to 1936 when 18 African-Americans participated on behalf of America.

The first-ever African-American to win a gold medal when it came to an individual event. He was William DeHart who did it in 1924.

Over the years, we have seen that African-Americans have not just participated in the Olympics. No sir, they have not done JUST that. They have gone ahead and broken records and stood up to any and every type of stereotype that was thrown their way. They have shown the world and cleared doubts about the questions raised at their patriotism to the country and have shown brighter than anyone else!

What’s your Reaction?
+1
0
+1
0
+1
0
+1
0
+1
0
Facebook Twitter Email
Previous article
The Hidden Secrets of Africa – Islands to Go to in 2021
Next article
Reparations and Black Representation in Hollywood