7 Reasons Why Soccer Is Better Than Any Other Team Sport

Soccer or football, as it is fondly called by everyone (except in the U.S.), has become the passion of many young adults and children.

People always find a way to get together and play football on the streets, in yards, in fields, and literally anywhere. And you might be wondering why.

In this article, we’ll focus on seven (7) reasons why soccer is better than any team sport and answer the pressing question, “Why is soccer so popular?”

Why is Soccer so Popular?

Did you know that the most viewed sporting event is the FIFA World Cup? The event had approximately 4 billion viewers. With the world’s population of nearly 8 billion, the viewers were about half the world. That’s huge! Also, soccer’s UEFA Champions League has the most views annually, with about 300 million viewers.

But Why is soccer so popular?

Soccer is so popular because of its simplicity and accessibility. Anyone can play soccer regardless of age, gender, economic status, and ability. You could simply set up a goal post using your shoes, and you’re good.

Besides the simplicity of the game, there are several reasons soccer is so popular and better than any other team sport. Keep reading to find out!

7 Reasons Why Soccer Is Better Than Any Other Team Sport

Soccer is much less expensive and requires less equipment to play than other sports. For sports like football, you need shoulder pads, a helmet, and a mouthpiece, and for baseball, bats, baseball gloves, and baseball cleats. But for soccer, the two most expensive items are a ball and a pair of soccer cleats, but neither is overly pricey. The only additional requirements are a jersey, shorts, and shin guards. And when you’re just having fun, all you need is some open space and a ball.

A soccer game doesn’t last more than 2 hours, with a total time of 90 minutes, including halftime. That’s only a short period when compared to other games.

For example, a baseball game can last 3-4 hours on average, or even longer if there are extra innings. When a sporting event drags on for too long, you get bored and weary of watching it. But in soccer, the chances of entirely viewing the game are better than in other sports.

Aside from being shorter in time, soccer is also faster and more active.

Soccer players do not require as much physical strength as football or rugby players, but being athletic and fit is necessary. In sports like basketball, you need to be tall to stand out, even if there are exceptions like Tyrone Curtis “Muggsy” Bogues.

In soccer, some of the world’s best players, like Lionel Messi, rely mainly on their skill rather than muscle and size. For this reason, soccer is a more inclusive sport for both men and women rather than some other team sports like football.

For games like basketball, or football, someone who has never seen a game would find it difficult to understand why a touchdown is 6 points or why some basket points are 2, and others 3 – I didn’t.

On the other hand, soccer is straightforward: A goal is worth one point, and each team has 90 minutes to get the ball into the opponent’s goal as many times as possible without using their hands. The team with the most goals wins. A three-year-old boy can easily understand that.

If you have not played soccer before, reading that would give you a clear understanding of the basics.

Everybody enjoys being the center of attention once in a while, and one sport that allows for that is soccer. In games like baseball and football, the ball is mainly in possession of the pitcher, catcher, and quarterback, respectively. These games focus on putting the spotlight on a specific set of players, making it difficult for other players to shine. But in soccer, all players have an equal opportunity to shine. Even the goalkeeper can score a goal for their team.

The US plays football; the UK and Commonwealth nations play cricket; the US and parts of Asia and Europe play baseball. Unlike these sports and others that are region-concentrated, soccer has an international appeal.

Soccer comprises 211 member countries organized into six regions, showing that people play soccer on every continent, and every country has a chance to qualify for the World Cup. It is perhaps one of the few sports competitions that earn the title “World.”

Finally, soccer is for anyone and everyone. Are you a 50-year-old man or a 12-year-old female? You can play soccer! All you need is some physical prowess, shin guards, a boot, and a ball.

What’s your Reaction?
+1
0
+1
0
+1
0
+1
0
+1
0
Facebook Twitter Email
Previous article
Why Does The Media Choose to Demonize Black Men?
Next article
Teaching With Technology: 5 Tech Tools Every Teacher Should Use 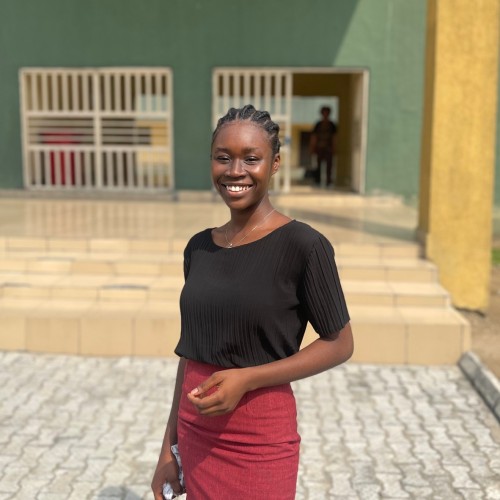